What Is Considered A Normal Hairline? 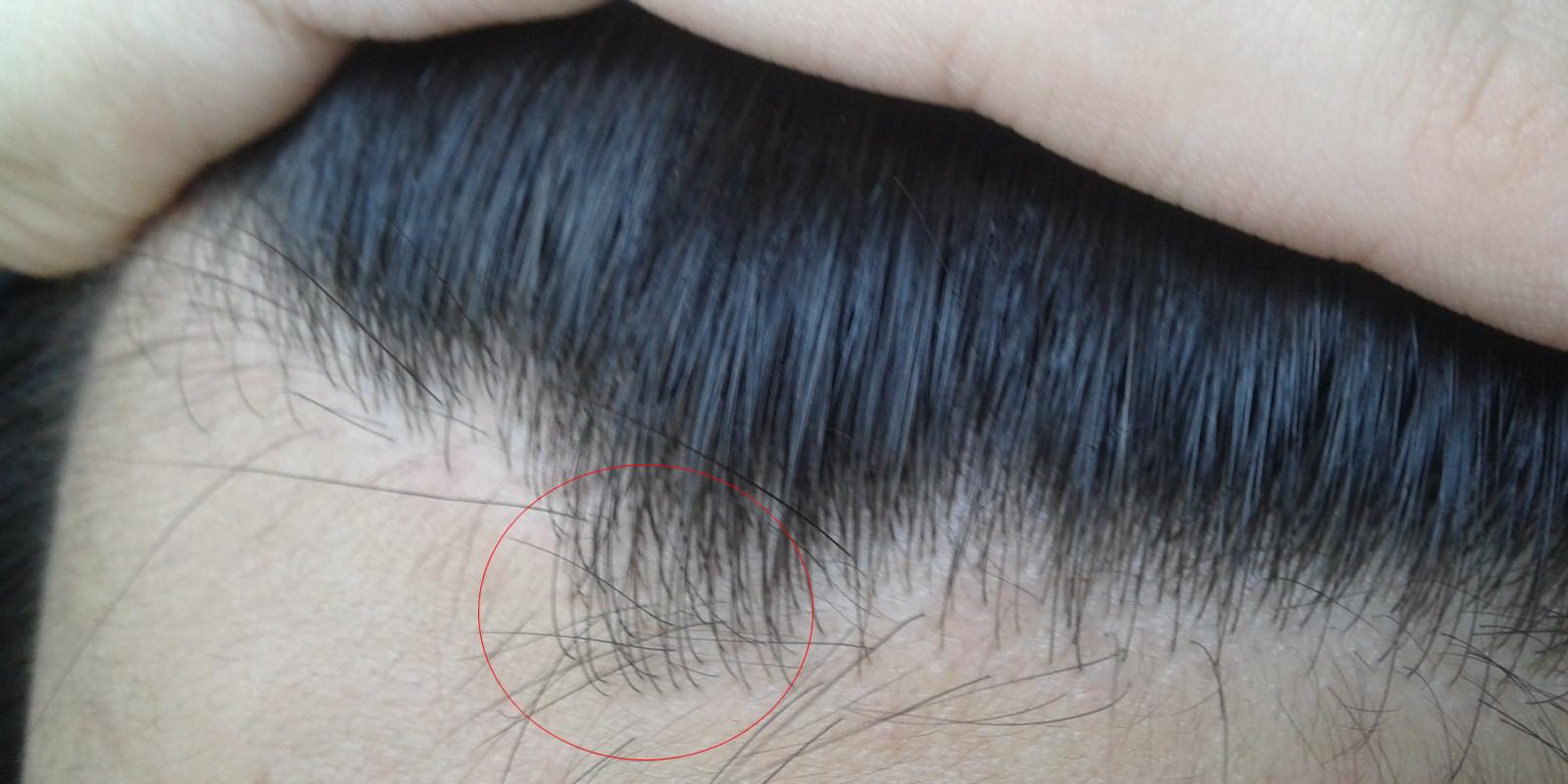 Defining “normal” is difficult for most human traits since every person is so different, though some hairlines are more common than others.

The hairline on most men and women hits somewhere mid-forehead and typically forms a neat arch framing the face. Children’s hair tends to grow somewhat more erratically and is often prone to more wobbles and curves, but generally follows the same pattern. There are also a number of ethnic differences that people should weigh when looking for what is “normal.” Native Americans and Canadians, Australian Aboriginals, Pacific Islanders, and sub-Saharan Africans are some of the most notable groups that have more distinct and unique hair growth patterns.

Experts usually consider a female hairline “normal” if it forms an upside down U and is located approximately 2 inches (5 cm) to 2.4 inches (6 cm) above the eyebrows. Even so, many women fall short of this ideal in one way or another. Irregularities are often due to changes in the hair’s growth pattern, commonly called whorls or cowlicks. It is also normal for women to have a Widow’s Peak, which occurs when the hair forms a small triangle toward the middle of the forehead.

The height of the hairline is also important. A high hairline can enlarge the forehead and make a woman appear older, while very low lines can make the forehead seem small and unbalanced. Unlike men, a woman’s hairline should not recede toward the temples. While asymmetry is very common, a hairline that looks as if it might be receding is not considered normal in women.

A normal hairline for a mature male should form a U-shape and begin 2.4 inches (6 cm) to 3.2 inches (8 cm) above the eyebrows. Widow’s Peaks sometimes happen in men, but this is considered very uncommon. Also, while irregularities due to whorls or cowlicks can sometimes impact the hairstyle more generally, they are less likely to impact the hairline itself.

It is considered fairly normal for a man’s hair to recede, though. Sometime after puberty, most men will see a recession of between 0.8 inches (2 cm) and 1.6 inches (4 cm) at the temples and 0.4 inches (1 cm) to 0.8 inches (2 cm) toward the middle of the forehead. This is the natural progression of a man’s hair and does not typically mean that he is balding.

Figuring out what’s normal for kids is often a lot harder since young people change and grow so rapidly. It is quite common to see children with crooked, wavering, or low hairlines, and most of the time these “problems” will fix themselves over time. This is particularly true though infancy when the hair follicles are still establishing themselves. Babies often lose the hair they were born with within the first few months of life, and regrowth often comes in a different place and can even be a different color.

Hairlines that seem to be dramatically receding in children of any age may be a cause for some concern, though. Juvenile hair loss can be a sign of a more serious condition, and should usually be checked out by a qualified heath care provider.

It’s always important to consider the parameters of ethnicity and race when thinking about what is “normal.” People with African heritage often have hairlines that are thicker, straighter, and more pronounced than those from Caucasian, Hispanic, or Asian backgrounds. Certain tribal peoples in North America tend to have much higher hairlines, as well, exposing more of the forehead as a matter of course. Native Australians and many Pacific Islanders may also see more high hairlines.

There aren’t always good solutions for people who want to fix “problem” hairlines, but there are usually a few things that can be done to get a more comfortable look. Medicated shampoos and ointments are some of the most popular ways to slow hair loss and restore the follicle growth, though these usually require rigorous use and typically only get mediocre results. People who are more serious about fixing a receding or uncomfortably high hairline can often do so by getting hair transplants. During a hair transplantation, a dermatological surgeon will transfer hair from one area of the head (or part of the body) to another. The results are usually good but the process can be quite expensive and often somewhat risky.

Excessively low hairlines can also be made to look more normal in many cases. One way to do this is by removing a certain amount of hair, be it through shaving, waxing, or plucking. Unless a person’s hair is thinning, any abnormalities can also usually be disguised by wearing bangs or short layers around the face. This will create the appearance of a normal hairline without the trouble of having to frequently remove hair from the problem area.

Have a look at our hair loss products and SHOP ONLINE NOW! Great specials in August. Click on image to view product information.

Latest On The Blog
Archives
Go to Top